Note: This is a work in progress and far from complete – not even close. Upcoming updates will include video clips and playlists; so please check back later (^_^)

I was witness w/ my camera — Socalled live in Berlin at the Jewish Museum. And the moustache fellow on the «Keepin’ it Riel» shirt — is not Mark Twain … it’s Louis Riel. The canadian Che Guevara? Anyway. What a great concert. 90 minutes of perfect klezmer-hip-hop-funk and some sidenotes about David Krakauer, the clarinet god, about Socalled’s (german) premiere release of his new four years old album «Ghettoblaster» and the still not (in germany) existing newest one «Sleepover» — and the record companies ;)

Btw., what’s about «The Socalled Movie»? When does it get available internationally if not in germany? It was released in the US and in Canada last november.

Some more photos, and maybe some more videos too, probably next week. 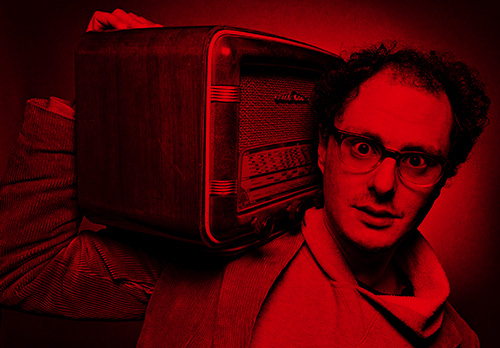 «Lyrically, Eprhyme (pronounced E-prime) is a well versed tour guide who owes as much to Rebbe Nachman and Robert Anton Wilson as he does to John Coltrane and KRS-ONE.»

«Embrace the Fascists» by Daniel Kahn & The Painted Bird